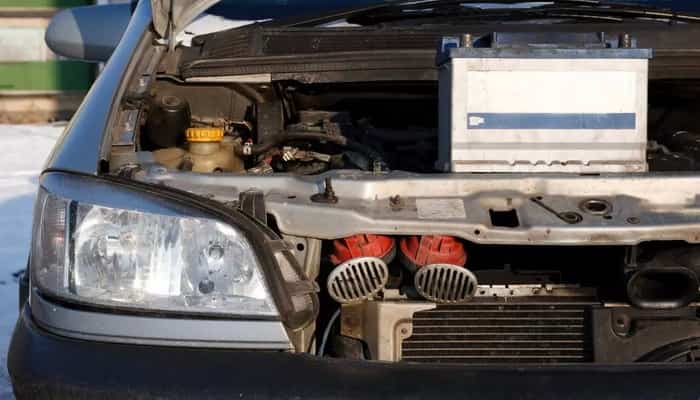 The increase in the number of electronic devices in modern cars affects the faster discharge of the battery. The role of a power source in cars with internal combustion engines is taken over by a car battery. Which one to choose for a model equipped with a gasoline engine, and which one for a diesel one? Which company to buy a battery? This is very important, especially if you have an extensive audio system.

In this article, you will learn:

What is the role of the battery?

Except for electric vehicles, the battery is present in all other models on the market. It powers the car's ignition system and generates the energy needed to heat incandescent candles, a function later taken over by the rectifier. The battery also powers the necessary components of the car that use electrical voltage. While driving, even the best battery sits down, so it must be powered by a generator.

Which battery firm to choose?

When buying the right equipment, it is quite important which company's battery you want to install in the car. There are solutions from manufacturers that are worth recommending, provide their accessories with a warranty for several years. Cheaper parts from obscure firms can also be used, but their durability and quality can leave much to be desired. In addition to the brand, battery parameters are also important. For a gasoline engine, another is chosen, and for a diesel engine, another.

Car battery - which one to choose for a diesel engine?

Why is there no standard car power supply in this segment? This is due to several factors. Diesel car batteries shall be adapted to a specific method of starting the unit. The incandescent candles used in them must quickly generate heat to heat the combustion chamber so that the fuel can ignite. This requires a large capacity of the battery itself and a large current supply. In some cases, this value can fluctuate around 700 A or even more!

Car diesel battery - what to look out for?

The ability to store electrical charges inside a battery is measured in ampere-hours (Ah). This parameter should be paid special attention in a car with a diesel engine. A common solution is a 74 Ah diesel battery. Developing the abbreviation, we can conclude that this cell is able to give 1 A within 74 hours. In practice, it is important that you install a battery in the vehicle that slightly exceeds the manufacturer's capacity recommendations, preferably by about 10%.

After the candles are warmed up, the battery should no longer provide the unit with such a large current. The ignition process is automatic, and the thermal mode that has developed in the cylinders allows you to burn a dose of diesel fuel without using candles. Therefore, at a later stage in diesel operation, a battery is needed to support electrical devices and electronic systems.

The situation with "gasoline" is slightly different. Here, starting takes place with the participation of dosing nozzles and ignition plugs. The current goes from the battery to the high-voltage coil and wires going to the candles. A good battery for a diesel car has a much larger capacity than the one used in gasoline engines. In addition, a gasoline car requires not so much maximum power as starting current. It ranges from 400-500 A.

However, fuel cells in gasoline cars are subject to constant wear and tear. Every 4-stroke cycle requires the formation of a spark. Therefore, it cannot be absent from any cylinder at any time. Its absence during the operation of the unit is called a misfire. This can be caused by worn-out spark plugs, broken wiring, or coil failure. All this is due to the current generated by the battery.

One of the most commonly used diesel engines on the Ukrainian market is the 1.9-liter four-cylinder unit. It was installed on many VAG group cars. The first examples appeared in the 90s of the last century and offered power from 90 hp. to even 150 hp. in an engine with the designation ARL. In this case, the 1.9 TDI 74 Ah diesel battery will prove its worth. It is recommended to install 74 Ah-82 Ah cells in it. The maximum current shall be at least 700 A.

Diesel car batteries - what else do you need to know?

The most popular solutions installed in diesel-powered cars are lead-acid batteries. However, it should be borne in mind that they can be healthy. Therefore, they require checking the electrolyte level and adding it if necessary. Be sure to check it before buying to use the battery properly. A diesel car battery with an extensive sound system may require an AGM element. They are up to 3 times more efficient than traditional versions, but require installation away from heat sources. Therefore, it is best to put such a battery in the trunk.

In terms of costs, diesel car batteries are slightly more expensive than petrol car batteries. Some cars also use auxiliary batteries to maintain voltage when the main power supply is turned off.

It may seem that choosing a diesel battery is commonplace. However, this is of great importance, especially in diesel-powered cars. So before making your choice, make sure the diesel battery is best for your car.