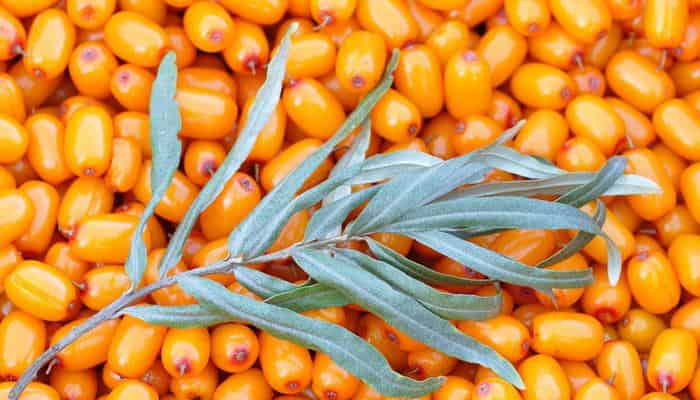 Sea buckthorn is superior to most fruits known to us, especially in the content of ascorbic acid, which is critical for immunity in the autumn-winter period. It is not for nothing that it is sometimes called "the gold of Siberia", and it is not only the alluring color of small sea buckthorn berries. It is a treasure trove of valuable health ingredients to help you cope with the diseases known as the scourges of our time, including hypertension, diabetes and high cholesterol.

Sea buckthorn — what kind of plant is it?

The plant is also called common sea buckthorn, although its usual names sound much more interesting. We already know about Siberian gold, but you can come across such terms: Russian pineapple, sand thorn and thorn.

Sea buckthorn is a highly branched shrub, usually reaching five meters in height. The stems on which the fruits grow is covered with tiny thorns. The plant is characterized by narrow and oblong leaves of gray-green color. However, most of all, small fruits attract attention, which densely cover the branches in September and October. These are juicy berries of a round or slightly elongated shape and an intense orange color.

Sea buckthorn: properties of the fruit

They are characterized by a very sour taste, therefore, raw they are a delicacy especially appreciated by connoisseurs. You can often hear opinions that sea buckthorn berries are best picked after the first frost, so that they cease to be so sour, and a pleasant sweetness is more noticeable.

However, they are mainly used for canned food. Does heat treatment somehow affect their properties? First, it is necessary to pay attention to the very high content of vitamin C. Sea buckthorn in this respect is significantly superior to citrus fruits associated with ascorbic acid, and only rose hips are ahead of it. Most importantly, the vitamin C present in oranges is extremely persistent, making sea buckthorn jam still a valuable addition to the menu.

Each berry is an excellent source of provitamins A, B, as well as vitamins D, E and K. It contains magnesium, potassium, manganese, iron, copper, unsaturated fatty acids, flavonoids, pectin, tannins and phospholipids. Such a complex cocktail of useful ingredients must necessarily have an effect on the human body. 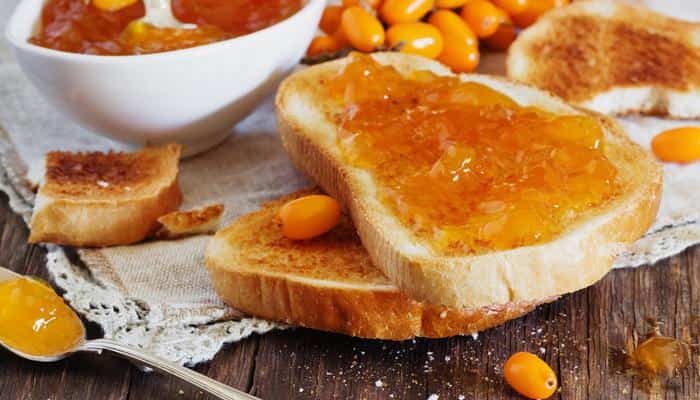 Sea buckthorn is a multifunctional plant, so you should pay attention not only to the fruits. Both seeds and seeds produce an oil that has many cosmetic and health benefits. In Ancient Greece, the leaves were used as food for valuable horses, and from them the Latin name for the plant originated. In folk medicine, both the leaves and the bark were used to prepare medicinal infusions.

What is sea buckthorn good for?

Have you recently noticed a lack of appetite, bleeding gums and frequently recurring muscle and joint pain? This can be the result of a vitamin C deficiency, so sea buckthorn is a great way to deal with this problem. Also, eat it when your skin is easily bruised and chafed.

Don't forget about sea buckthorn for colds. Do you have a sore throat and dry cough? In this situation, you can eat sea buckthorn juice mixed with honey, or rub your chest with sea buckthorn oil. Eating daffodils also helps with rheumatism and high cholesterol levels. It has a positive effect on the liver and blood pressure. It turns out to be beneficial for the prevention of diabetes and cancer. Helps in the fight against hemorrhoids and stomach ulcers.

In cosmetology, sea buckthorn preparations are recommended as a remedy for discoloration, scars, as well as for burns, frostbite and bedsores. The active substances contained in sea buckthorn accelerate the regeneration of damaged tissues. Applying sea buckthorn oil to your hair is a natural way to nourish and stimulate hair growth.

How to use sea buckthorn in the kitchen?

Lovers of home-style jam will be in seventh heaven with happiness, because fresh sea buckthorn berries are a great opportunity to show off. Jars of jam, preserves and marmalade should be in every pantry. Their taste can be disturbed by apples and pears. We have already mentioned the juice, but homemade sea buckthorn tinctures are also excellent.

Sweet jams are associated with desserts, but the "gold of Siberia" will make it possible to prepare an exquisite sauce that will enrich the taste of fried meats, cold cuts and cheeses, especially blue cheese. You can use dried fruit as an addition to oatmeal, muesli, yogurt, or pudding. Eat for your health!

How to properly care for your skin as recommended by dermatologists? 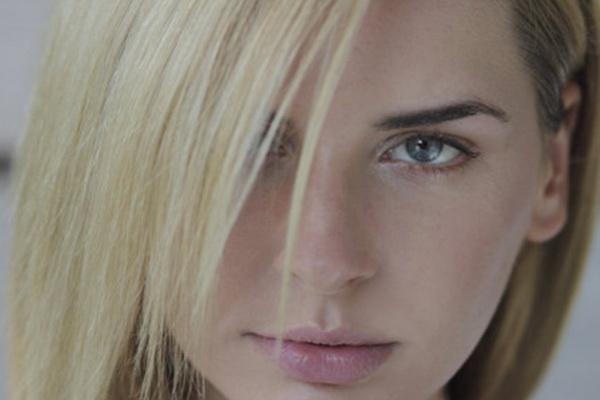