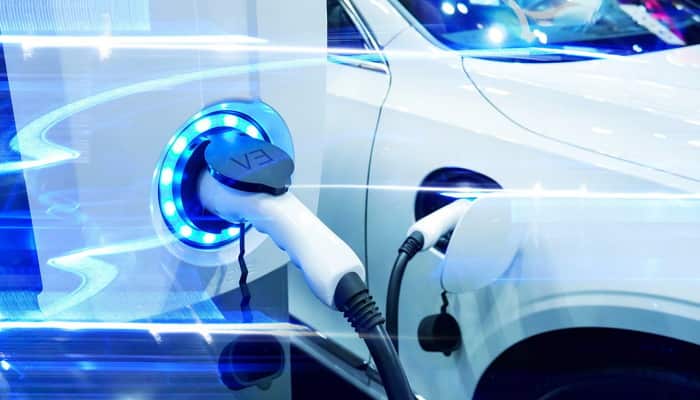 Whether cars on hydrogen fuel are a viable alternative to the electric vehicles storming the market? So far with it, it is very heavy. And so can remain.

Hydrogen - the most widespread element in all the Universe and one of the most widespread on Earth. He has the smallest atomic mass from all: it consists of a proton and an electron. It is one of water components. And it easily ignites. Excellent fuel which is everywhere?

It is known that it never happens so simply. The most part of hydrogen on Earth exists in the form of water or organic compounds. So, there is the first problem: source.

Another matter – practical application. The attempts to fill cars with hydrogen more than 200 years. The construction of the Swiss inventor Francois Isaac de Rivaz in 1813 was the first. Actually, use of hydrogen for power supply of cars remains more or less experimental phase to this day. The hybrid or electric cars working from accumulators passed this stage for a long time.

Nevertheless, hydrogen fuel seems an attractive alternative. On it approximately so much time how many to fill a car tank leaf, he is enough for several hundreds of kilometers of driving, activity — self-service, and the prices of hydrogen fall so far (though recently grew, as well as everything that is connected with power).): It is slightly cheaper, than at the present prices of petrol and diesel fuel.

What else it is worth knowing about hydrogen cars? Some main information is lower.

From where we receive hydrogen

Though hydrogen is the most widespread element in the Universe, in pure form practically nothing is heard about him. It has to be "restored" from usual connections. The first association: water - splitting of a public particle on her main component’s oxygen and hydrogen, i.e., exposure to her electrolysis. In practice, it doesn't become now while it is too power expensive, and therefore it is expensive.

96% of world production of hydrogen is the share of fossil fuel, generally as a result of so-called steam conversion of natural gas. Also, other technologies are possible, but so far figures speak for themselves. And availability of natural gas and the price of him don't cause optimism recently.

Hydrogen can serve as an equivalent of the usual fuel burned in ordinary engines or fuel for onboard fuel elements. The first way is rather simple, demands insignificant completions of the car, but also is rather ineffective.

Fuel elements use the energy which is contained in hydrogen more effectively, and for this reason this way of use of hydrogen is almost completely developed.

The device works similar to the accumulator, but demands not charging, and constant supply of fuel — hydrogen. The generated current is used for power supply of the electric motor. So, it is electric vehicles which have onboard instead of the battery own power plant.

What radiates the hydrogen car?

Electricity generation, waters, and heat is the result of work of a fuel element. The car doesn't produce harmful exhaust gases locally – as electric vehicles. However, thanks to small-time of gas station and a large supply of the course, the hydrogen cars have clear advantage in daily use. If we have access to the station of filling with hydrogen, of course.

Water from the hydrogen car can be drunk. For example: at distance of 100 km, Toyota Mirai hydrogen produces about 7 liters of water. In the car there is a button for his discharge through a drainage system, and it is actually… for drink. It can be not really tasty, but it is precisely harmless. Yes, we checked it in practice.

Filling and service of hydrogen cars

Filling with hydrogen differs in nothing from filling with gasoline or diesel fuel. At connection of a gun the distributor contacts the car - there is an exchange of information about the amount of hydrogen, his temperature, and pressure in car tanks. Gas station takes several minutes.

Fuel element absolutely new, but for the rest hydrogen cars… very usual. Also are similar to electric vehicles or hybrids therefore without multistage transmissions, "the double masses", black filters, a turbo, even in terms of a pendant, their design is typical.

This article has exclusively informative character, in sovetplus.com.

If you want to read more articles similar on "Hydrogen cars: future of automotive industry or deadlock?", we recommend to you to visit our category "Car".

Similar articles: 5 Mistakes to Avoid When Buying a Car, How do I care for a car to serve us as long as possible?, How effectively to advertise car service?

Leg rash - causes and treatment
What cannot be done after eating? 6 habits that make digestion difficult
What herbs to reduce appetite should be used?
What herbs from parasites in the body will solve the problem once and for all?
Plantain: will help lose weight and reduce cholesterol levels